Esch-sur-Alzette, 31 August 2022 – The second edition of DIH ON TOUR was officially launched this Wednesday at the FANUC European Customisation and Distribution Center in Contern.

This initiative, supported by the Luxembourg Digital Innovation Hub (L-DIH) managed by Luxinnovation, aims to facilitate and support the transformation of the country's manufacturing sector through digitalisation.

Implemented for the first time in 2021, DIH ON TOUR is based on a bus specially fitted out as a classroom which, from 20 September to 6 October, will go directly to meet industrial companies in the heart of the industrial zones where they are located.

For the 2022 edition, nine stages are planned, from Hosingen in the north to Dudelange in the south of the country. On the way, the bus will pass through Lentzweiler, Wiltz, Fridhaff, Steinsel, Potaschberg, Contern and Pétange.

"The success of the first edition, where we met more than 100 companies on 12 industrial sites, convinced us to repeat the initiative this year", explains Joachim Clemens-Stolbrink, Senior Advisor Digital Transformation at Luxinnovation. "By going directly to industrial companies, we can be more attentive to their needs. We are also able to better explain to them all the benefits they can gain from digital transformation and the transition to industry 4.0.”

At each stage, awareness-raising on a number of key digitalisation themes, round tables/exchanges with experts and a visit to one of the companies hosting the bus will be offered.

The focus will be on artificial intelligence and machine learning in production workshops.

“From our point of view, the discussions help us to better identify the needs of companies on the ground and respond in the most appropriate way to help them with digital innovation in order to become more competitive, but also more sustainable.”

The official launch of the 2022 edition of the DIH ON TOUR took place at the FANUC European Customisation and Distribution Center in Contern. The Japanese company customizes and configures several thousand robots for European industrial customers. "This is one of the country's key industrial sites," says Arnaud Lambert. "The high level of digitalization and automation of this company is an illustration of what is possible when you think Industry 4.0. But even if you don't go that far, it is still possible to implement a wide range of digital transformation projects." 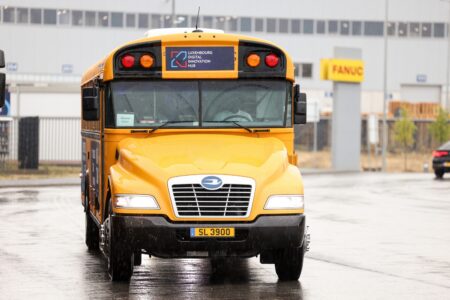 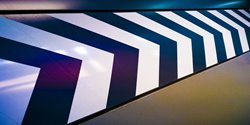 2023 will be on the rise in terms of phishing attacks!

The Luxembourg Cloud Awards 2023 are now open for application!

Read more
We use cookies to personalise content, to provide social media features and to analyze our traffic. We also share information about your use of our site with our social media, advertising and analytics partners who may combine it with other information that you’ve provided to them or that they’ve collected from your use of their services. By clicking "Accept All", you consent to our use of cookies.
Learn More